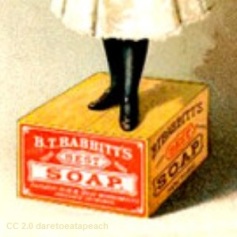 Further to my post last year regarding the deregulation of childminders, it appears that Elizabeth Truss is up to her tricks again, this time wanting to increase the ratios so that they can care for more children.  Please can you sign this petition – it is outrageous that she can even think that this is an option!

Keeping children safe, providing food, toys, equipment, crafts and outings is expensive for both parents and childcare settings, but the anser to reducing childcare costs is not for child carers to look after more children as this will undoubtedly have an incredibly damaging impact on the thing that matters most – the quality of care of our children!

Please join the campaign and sign the petition.  The message is simple … keep the ratios as they are!

And so I feel the need to add to the previous post after reading about Mr Paul Caine’s story today.

When Paul Caine (aged 50) from Bolton was diagnosed with breast cancer, he turned to his friends for support, but was left struggling to  convince them he was ill – because none of them believed he could be suffering from the disease.   While the disease predominantly affects women – nearly 50,000 are diagnosed every year – Mr Caine is one of just 350 men who are  diagnosed with the condition every year in the UK.

But he says he had a hard job convincing his  friends he actually had the disease – which they  thought only affected women – with the landlord of his local pub accusing him of  ‘taking the mickey’.

He underwent surgery to remove the cancerous growth after discovering the lump whilst in the shower in May last year and has also undergone a gruelling course of chemotherapy. His radiotherapy  treatment will start later this month.

Left untreated, breast cancer in men can have the same devastating results as it does in women.   The youngest man to be diagnosed with breast  cancer in Britain is Nicky Avery, from Southend in Essex, who was told he had  the condition when he was just 24-years-old.   He initially beat the breast cancer but died  at the age of 28 after it returned in his liver and bones.

The warning signs in men include changes in the  breast  shape or size, a nipple turning in, bleeding or discharge from  the nipple, a  swelling or lump in the armpit or an ulcer on the skin of  the breast.   The good news however is that male breast cancer is usually easier to spot because a lump in man’s breast is very apparent.

So if a man you know says he thinks he might have breast cancer, what he needs is your support not ridicule.   Please make sure you are properly informed by reading up about the disease in men on specific websites such as www.breastcancercare.org.uk/MaleInfo or  www.breakthrough.org.uk/breastcancer.

Those of you who know me well will know that almost 10 years ago I was diagnosed with breast cancer.  I had a particularly aggressive form of the disease and underwent surgery, chemotherapy and radiotherapy, followed by 5 years hormone treatment to block the production of oestrogen as my cancer was found to have hormone receptors.  Such extensive treatment was deemed necessary as the cancer had spread to the lower section of my lymph nodes which meant that the cancer had already started to spread to other parts of my body.  As I was below the age for regular screening I had found the lump myself but happily I made a full recovery and am still here to tell my story.

Imagine my horror then when reading that the latest review suggests women should continue to attend screening but that the advice they receive on potential harms should be updated and calls are being made for the breast screening programme to be changed.

This must not happen.  I was lucky – I knew what to look for – but how many women in a similar situation would have known that they needed to seek advice as quickly as possible?

An independent panel was set up to look at the evidence for breast screening because of concerns women were being told about the benefits of screening but not enough about the possible harms.  One of the main issues the panel were concerned with was overdiagnosis.  Apparently overdiagnosis can happen when a woman has screening and a tumour is spotted and correctly identified as cancer, but the cancer that is found would not cause her harm in her lifetime or would not be fatal.   For example, this could be a very early, slow growing cancer.  Presently the available technology cannot reliably tell whether a breast cancer found through screening is going to be fatal or cause the person further harm and so  all women who have cancers identified through the screening programme are offered further tests and treatment.

But let’s not forget that breast screening does save lives.   According to the evidence the panel looked at, the breast screening programme means that 1,300 deaths from breast cancer are prevented each year.  But for each death prevented by screening, three women are diagnosed and treated for cancers that would not have been fatal in their lifetimes. This means that every year 4,000 women are diagnosed with cancers that may not have harmed them.  On balance, the report says women should still attend screening but they felt that the advice on leaflets needs to change to reflect the chance that some people may be overdiagnosed.

I am extremely concerned that latest report will cause women some confusion, leading them not to seek further advice on the basis that they don’t fully understand that this is a potentially fatal disease.   If the disease does spread and becomes secondary breast cancer (when breast cancer cells spread to another part of the body, often the bones, lungs, liver and brain), it cannot be cured.

Whilst I do accept that the treatment is very distressing and invasive, surely it is better than the alternative?

On balance, taking all the evidence into account, Cancer Research UK recommends that women go for breast screening when invited to reduce their chances of dying from breast cancer.   For goodness sake, please make sure you continue to get regular mammograms if offered – they may just save your life!

I wanted to keep this page separate from the others on this site as it is an area where I’d like to concentrate on some of the more serious issues that I feel need to be shared with a wider audience.

This week I have been contacted by a friend in Sheffield who is a Registered Child Minder.  She has asked me to help raise awareness of the fact that the UK Government have currently got plans to de-regulate childminders – something which I personally think is quite shocking!  Also, my more suspicious side is wondering if they aren’t using the ongoing banking issues and the trouble in Euroland to push this legislation through without any undue publicity.

The letter that has been put out there to gain signatures to the petition reads as follows:

“We urge the Government to undertake full and current research into all aspects of registered childminding and to consult with experts in the field, national representative organisations and most importantly those who are practising registered childminders, before deciding on the future regulation and inspection requirements of childminders.

We understand the Government’s desire to cut childcare costs for parents and need to reduce Government budgets; however as registered childminders we are an integral part of the childcare market providing professional, home based childcare that meets the needs of parents, providing more flexible hours, the ability for siblings of all ages to be cared for together, care from birth to teenage years ensuring continuity of care, and lower ratios that centre based care.

Registered childminders are regulated and inspected, they follow the Early Years Foundation Stage and meet the legal requirements in the same way all other early years settings do. This ensures that all children receive high quality care and learning opportunities and that early years settings have a common language when practicing multi agency working.

Before reaching any decision which will impact on parent’s choice of regulated childcare, children’s equality of opportunities and childminders businesses, the government must build upon the significant progress that has been made in the childminding sector in recent years, ensuring that this is a step forward with positive benefits to all but especially for children because opportunities to reach their full potential, once missed are hard if not impossible to recreate and failure to safeguard a child can never be reversed.”

They have a target number of 100,000 signatures that they’d like to achieve and the more people who can sign up to this the better.

Now, I’m not a parent or a childminder and so do not have a bias on this issue in any way, shape or form.  I am, I think, a rational, clear-thinking, intelligent individual who believes that children are not possessions but the most precious beings that some people are privileged to have been given.  Surely it is only right and proper that anyone we task to look after these gems are suitably qualified, trained, regulated and respected?

Please join me in showing your support and sign the petition at http://chn.ge/May6wg.