← Nifty Fifty
It wasn’t all raping and pillaging → 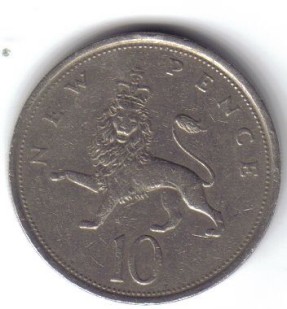 Did you know that the price of a single off-peak fare from Glasgow to Edinburgh is just 10p less than an off-peak return fare for the same journey?  No?  Nor did I until yesterday.  The “wonderful” organisation that is Scotrail had me blowing steam out of my ears (and probably various other orifices!) with their “can’t be arsed” attitude and complete lack of customer service skills.  Had there not been 2 helpful people based at Haymarket, it would not be a blog posting but a stiff letter of complaint to Head Office I can tell you!

So, what got me all of a lather?  Well, rushing to get the train through from Glasgow Queen Street, I inadvertently pressed the wrong button on the ticket machine and seeing the cost was £11.30 I didn’t realise until only one ticket and a receipt dropped into the tray.  As the train was due to leave and I didn’t want to miss it, I decided to make a run for it and talk to the guard on the train.  This I duly did, to be told that he “can’t do anything about it” and I’d have to go to the ticket office in Glasgow – great idea since I was heading in totally the opposite direction and anyway this clearly wasn’t going to sort out my problem as I still needed to get a return ticket and was unwilling to fork out yet another £11.30 for the privilege.  My first “can’t be arsed” Scotrail person.

When I reached Haymarket, the ticket barrier retained my ticket but I made sure I kept hold of my receipt.  After my meeting I went to the ticket office to be told by the lady at the desk that there was nothing she could do about my dilemma and that I’d have to buy another single ticket.  My second “can’t be arsed” Scotrail person.  Fortunately she was overheard by one of her colleagues who suggested it was worth talking to the man at the gate to see if he could do anything.  My first “helpful” Scotrail person.

The first man at the gate (third “can’t be arsed” person) said that he wouldn’t be able to help me as I didn’t have the original ticket!  I explained that this had been retained by the ticket barrier (naturally) and he said that the original guard on the train should have upgraded me when I still had the ticket in my possession.  Without the ticket there was nothing that could be done and I’d have to buy a new single ticket for another £11.30.

Fortunately my knight in shining armour was standing listening to the conversation –  Another Scotrail employee who said he was sure that he could process an “upgrade” for me which would mean me just paying the 10p difference between the tickets.  I could have kissed him.  He dutifully plugged all the details into his little machine and produced the relevant ticket and I handed across my 10p with grateful thanks.

So what does this story illustrate?  Well to me it’s perfectly clear that there is always a solution to a problem if only someone is prepared to make that little bit of effort to help.  All to often our “can’t be arsed” society takes over however and we are left with little faith in human nature.

On this occasion I would definitely like to thank the lovely man who saved me just over £11 for bringing some sunshine into a cold, grey, rainy day – you are a star.  To the three people who “couldn’t be arsed”, perhaps some customer service training wouldn’t go amiss?  And finally, to Scotrail … what idiot dreamt up such a ludicrous fare policy?

Posted on October 18, 2011, in Edinburgh, Glasgow and tagged can't be arsed, Scotrail. Bookmark the permalink. 9 Comments.

← Nifty Fifty
It wasn’t all raping and pillaging →