← The offside rule explained
My favourite video at the moment →

Blackadder’s take on the Euro 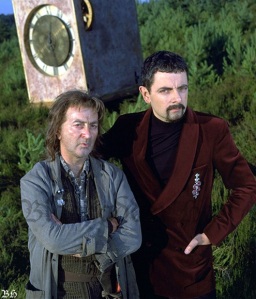 Blackadder: “Baldrick.  Do you mean, how did the Euro start?”

Blackadder: “Well, you see Baldrick, back in the 1980’s there were many different countries all running their own finances and using different types of money.  On one side you had the major economies of France, Belgium, Holland and Germany, and on the other, the weaker nations of Spain, Greece, Ireland, Italy and Portugal.  They got together and decided that it would be much easier for everyone if they could all use the same money, have one Central Bank, and belong to one large club where everyone would be happy.  This meant that there could never be a situation whereby financial meltdown would lead to social unrest, wars and crises”. 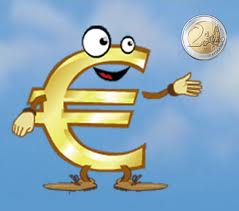 Baldrick: “But this is sort of a crisis, isn’t it sir”.

Blackadder: “That’s right Baldrick. You see, there was only one slight flaw with the plan”.

Baldrick: “What was that then sir?”

Blackadder: “It was bollocks”.

Posted on January 6, 2012, in Trivia and tagged Baldrick, Blackadder, Euro. Bookmark the permalink. Leave a comment.

← The offside rule explained
My favourite video at the moment →