← Steer clear of Beer!
Making Haye in the rain! →

Cracks are appearing in the glass

The term Glass Ceiling refers to “the seen, yet unbreachable barrier that keeps minorities and women from rising to the upper rungs of the corporate ladder, regardless of their qualifications or achievements.  The Glass Wall – Refers to the phenomenon of high rates of women advancing to executive positions but only in certain industries.

Throughout history women have become aware of the strains being put on them and have begun to fight it. An example of this would be Hillary Clinton’s run for presidency, which is often seen as the highest glass ceiling in America.  While many women have already broken these barriers and have successfully become CEO’s of companies, putting a woman in the White House remains the ultimate challenge. 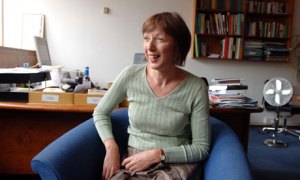 It was with delight, and not a little amazement, therefore to discover that the TUC, which throughout its 200 year history has always been “also known as the Men’s Movement”, has chosen a woman, Frances O’Grady, to be its new leader.

Ms O’Grady (age 52) has been an active trade unionist and campaigner all her working life.  As Deputy General Secretary of the TUC since 2003, she led on winning the 2012 Principles of Co-operation Agreement with the Olympic Authorities, guaranteeing on-site minimum standards for local jobs, health and safety and the London living wage.  Ms O’Grady has also led on industrial policy arguing the case for a strategic approach to rebalancing the economy in the wake of the financial crash. Fair pay remains a core ambition and she represents the TUC on the Low Pay and the High Pay Commissions, and on the Resolution Foundation’s Commission on Living Standards. Frances is a strong believer in protecting the public service ethos, opposes privatisation and leads the TUC campaign to save the NHS.

There is no questioning her credentials or her suitability for this role.  A little part of me can’t help but think though that they thought they were appointing a Francis instead of a Frances – nudge, nudge, wink, wink!

← Steer clear of Beer!
Making Haye in the rain! →